Due to COVID-19, many upcoming auctions may be conducted ONLINE-ONLY - please register to participate.

Pink JCB, Waitings and Euro Auctions hands over £25,620 for charity

On the 17th June at the UKs biggest mixed plant and agricultural sale, Euro Auctions put a candy pink 2015 JCB JS220LC over the ramp that that raised £25,620 for a number of local charities.

On Wednesday 3rd August Trevor Keys of Euro Auctions and Adrian Ash of Waitings handed over a big cheque for £25,620 to five local charities.  Euro Auctions, Europe's largest auction house of construction plant and agricultural machinery, and Waitings from Penrith, Cumbria helped to raise the £25,620 by the sale of the candy pink 2015 JCB JS220LC excavator plus other fund-raising activities in June earlier this year. The buyer of the candy pink digger was Adam Farrow of Agri Sales, York (seen here with Trevor Keys of Euro Auctions)

In true Euro Auctions style the amount raised was a testimony to the generosity of the Euro Auctions patrons, who repeatedly, when such charity auctions happen at a live Leeds sale, dig deep, and support the charities. The 17th June was no exception as the collective total was made up from a donation by Waitings from the sale of the Pink Digger, Five toolbox sets were donated and sold on the same day.

The Buyers and sellers’ commissions were added to the charitable total, with additional donations adding a further £455.

But the stars of the day were the crowd on the floor at the auction ramp. As is now customary at Euro Auctions charity auctions, the auctioneer asks the crowd to donate £100 per person to the charity by holding up their bidder numbers. On his occasion, an incredible 82 bidders in the crowd, many with no connections to Waitings, or their charitable endeavours whatsoever, held up their bidder numbers, and helped to raise an additional £8,200 for the charities in a matter of minutes, adding up to the grand total of £25,620.

The architect of this charitable venture was Victoria Waiting, MD of Waitings, one of the northwest's leading civils and plant hire specialists. In 2015 with support from JCB the Pink Digger campaign was born, with a companywide initiative to raise funds to fight cancer, with the premiss that everyone knows someone who has battled this cruel and evil disease. Sadly in 2016 Victoria suddenly fell ill and lost her own life to a brain tumour, which galvanised the company to fight on in her memory and to do a good thing.

Adrian Ash, Director of Waitings picks up the story, "We had this mad idea to commission the pink excavator from JCB who backed our plan. For that first year we had great fun getting this initiative up and running and then the sudden illness and sad passing of Victoria shook us all. But it galvanised the whole team, giving us the determination to do a good thing with this candy pink digger and to date it has raised over £100k for Brain Tumour Research, Breast Cancer, and a number of local hospices. With the additional £25,620 raised during this last Euro Auction sale, I think Victoria Waiting would have been so, so proud of all our collective efforts and the amazing amount raised. I thank you all from the bottom of my heart on behalf of Victoria Waiting who was and still is an inspiration to us all.”

“We’re supremely grateful to everyone at Waitings Civil Engineering and Euro Auctions for raising this money for us, as it’s only with the support of people like them that we’re able to progress our research into brain tumours and improve the outcome for patients like Victoria Waiting, who are forced to fight this awful disease. Brain tumours are indiscriminate. They can affect anyone at any time. Too little is known about the causes and that is why increased investment in research is vital.”

These sentiments were echoed by Dr Hilda Hayo, Chief Admiral Nurse and Chief Executive at Dementia UK, who says:

“The last few years have placed increasing pressure on critical services that support families with dementia. This has left many families struggling and unable to cope with no one to turn to for support. We are so grateful to Euro Auctions and Waitings for choosing us as one of their charities this year to help raise crucial funds for Dementia UK. This will help every family receive the specialist support they need from our Admiral Nurses - a lifeline in a care system which still doesn’t work for families with dementia.” 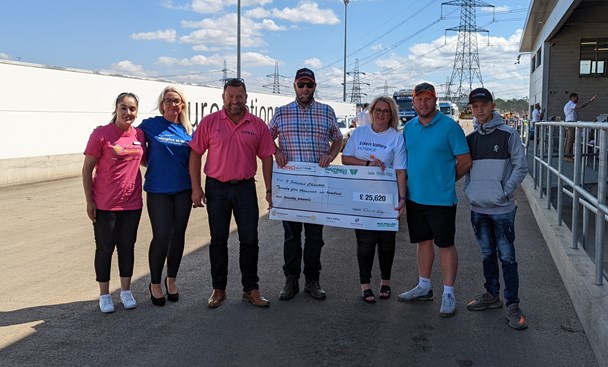 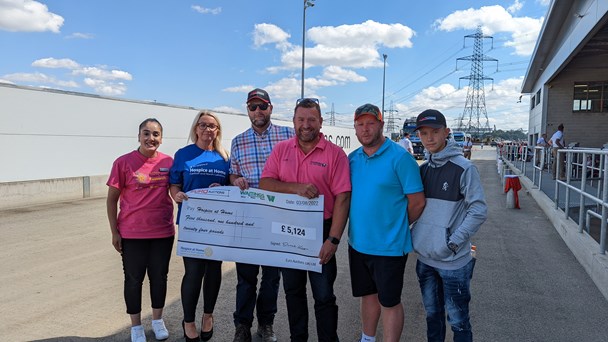 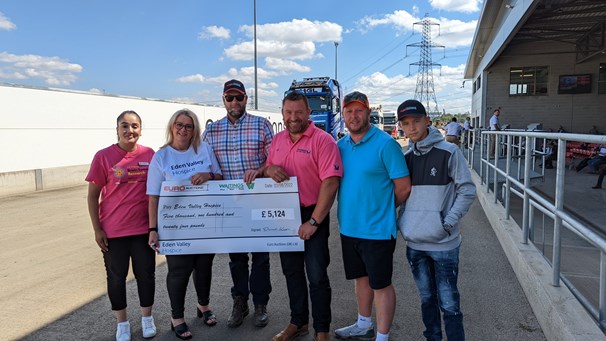 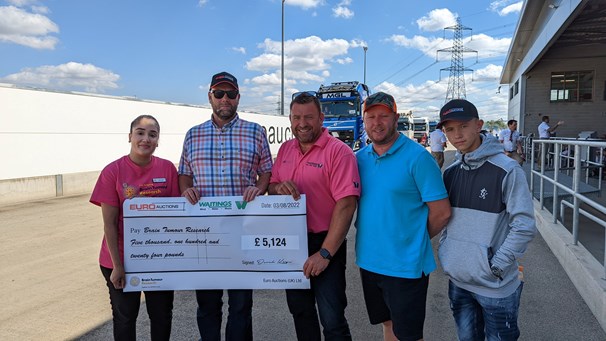 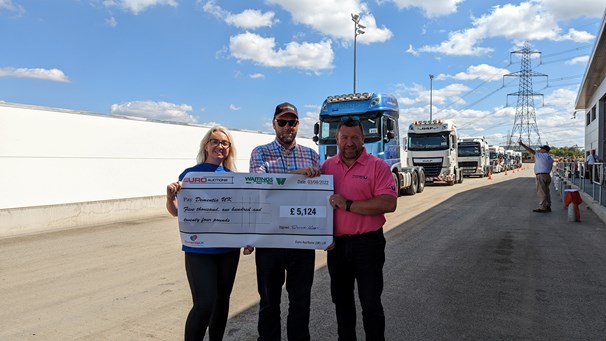 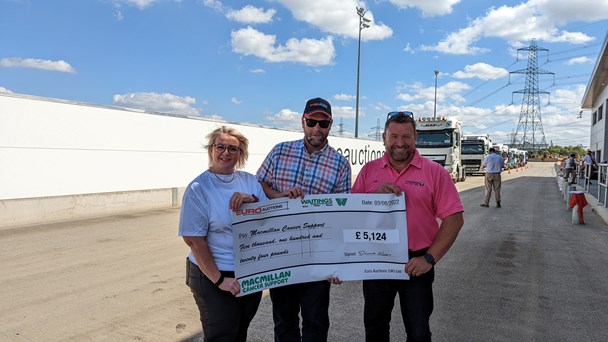 Need help? Our auction experts are ready to help you